Congratulations are in order for Jim, N6TJ and Bill, W8QZA for their finishes in the 2022 ARRL International DX Contest CW. Jim operated KH7Q in Hawaii and finished 5th place DX in the Single Op, High Power category. Bill piloted W6QU to 6th place in the USA in Single Op, QRP category. Great job guys! Full results can be found here on the ARRL website.

more
News came in last last month of the passing of Kurt Andress, K7NV (formerly NI6W and a very active SCCCer at the time). Our condolences to his family. We have lost a good one. See elsewhere here on the website for more.

We had a good turn out for the NAQP CW contest last month. Marko, N5ZO reported that 15m conditions were great. He thinks he worked more on 15 than ever before in an NAQP from his home QTH. 20 was also great he said. He had noisy conditions with QSB on 160-40 meters. Dana, K6NR had generally good conditions. He started on 10 and went to 15 when that slowed down. Joe, AA2IL had a lot of fun and recorded a personal best in the contest despite spending a little too much time S&Ping. David, N6AN was portable at a campsite north of Big Bear Lake. He used the W6AQ call sign. Paul, K6PO/VE7 got on using using a wire run through the trees up there in BC. Dick, W6TK got off to a great start in the contest. He did a lot of band changing chasing good conditions. 80m was a bust though. Sounds like everyone had a great time.

I'd like to see more of you sign up for SCCC teams during these contests. It really doesn't matter whether you plan to operate full time or part time. Even if you can't be sure that you will be on but are hoping to be, do sign up. I'll get you on a team. The more teams, the better. In some of these contests, we have more people not signed up but submitting scores than signed up for a team. Please consider joining our team efforts going forward.

Tim Shoppa, N3QE of CQ Magazine posted this "Updated CQ COntest Policy Relating to Russia's Invasion of Ukraine" on August 31. Click on the thumbnail to the right to enlarge. You may also need to zoom further to enlarge the image.


Just a reminder that we are always looking for your station pictures, antenna pics and award pictures/scans. Also pictures of any expeditions or multi-ops. These are always a lot of fun for everyone to see. So send them in and we'll get them posted. (Note: CQP is coming next month. Have you received a CQP certificate and/or bottle of wine over the years? Send a picture!) 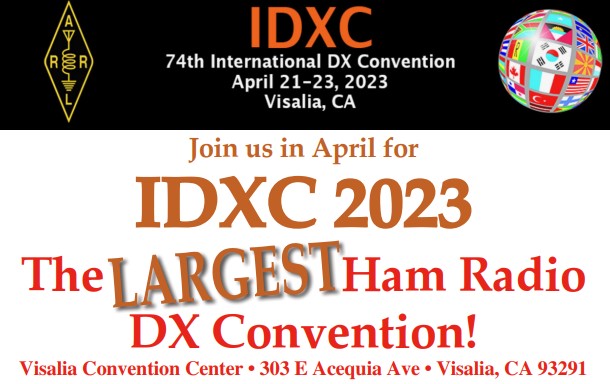 This flyer was published in the summer edition of the NCDXF newsletter. It pertains to the 2023 International DX Convention, which as you probably know, caters to both DXers AND contesters. Click on the thumbnail to the left to view the flyer. The IDXC is currently a go as an in person gathering!

News and happenings have been pretty thin this summer. So, I thought I would share this fun little non-ham related video. This is a vintage video clip showing Sony manufacturing plants and products in the late 1960s and early 1970s. As hams, most of us are pretty serious techies so we can appreciate this stuff. In fact, you may even recognize some of the products, despite their vintage. I do too. At 1:29 minutes in, a shot of an early Sony Trinitron TV brought back memories for me. That particular Trinitron was widely used as a studio monitor at my place of employement back in the day. It's resolution and color reproduction were unmatched at that time. Check out this 11 1/2 minute video and enjoy the trip back in time. Click here and enjoy!

Strange but true...
In 2005, a fortune cookie company called Wonton Food Inc. correctly foretold lottery numbers, resulting in 110 winners and an investigation. No fraud was found to be involved. 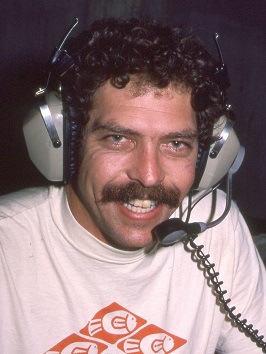 It is with heavy heart that we report the passing of Kurt Andress, K7NV (formerly NI6W). He passed away in his sleep at home in Nevada on Thursday, August 25. Kurt had been known as an excellent engineer and had helped many west coast hams with their antennas and towers over the years. Kurt (then NI6W) joined the ARRL Contest Advisory Committee (CAC) in September of 1990, replacing outgoing rep Marty, N6VI. (Not sure how long he served on the CAC.) (left--Kurt at XE2SI in 1984) photo provided by N6LL 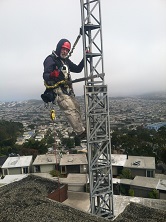 Kurt up a tower in 1984 (photo from his Facebook page)


less
For Sale or Wanted
Updated 24 June 2022
Contact webmaster if you have something to list or your item has sold.

If you need advertising exposure, we have the cream of the crop of amateur radio contesters in Southern California as members of our club. Our website can display your graphic on the right hand side of the web page.

Your support money is used primarily to support the costs of this website. We hope youâ€™ll agree that itâ€™s beneficial to have an ample audience of SoCal contesters viewing your ad.